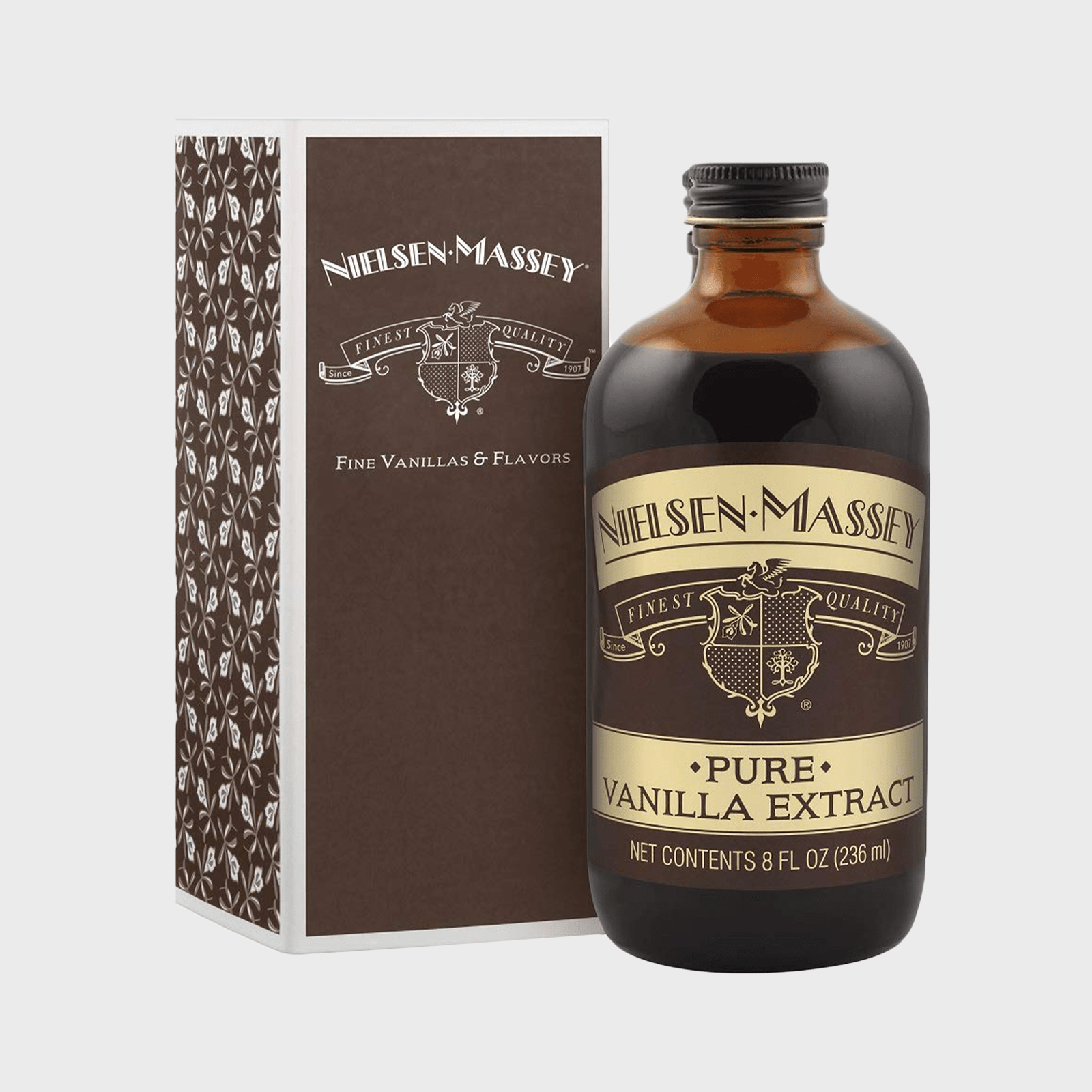 Where Does Vanilla Flavoring Come From?

Get to know vanilla flavoring and its tricky twin, artificial vanilla flavor.
In a world of endless flavor possibilities, there’s something so comforting about vanilla. 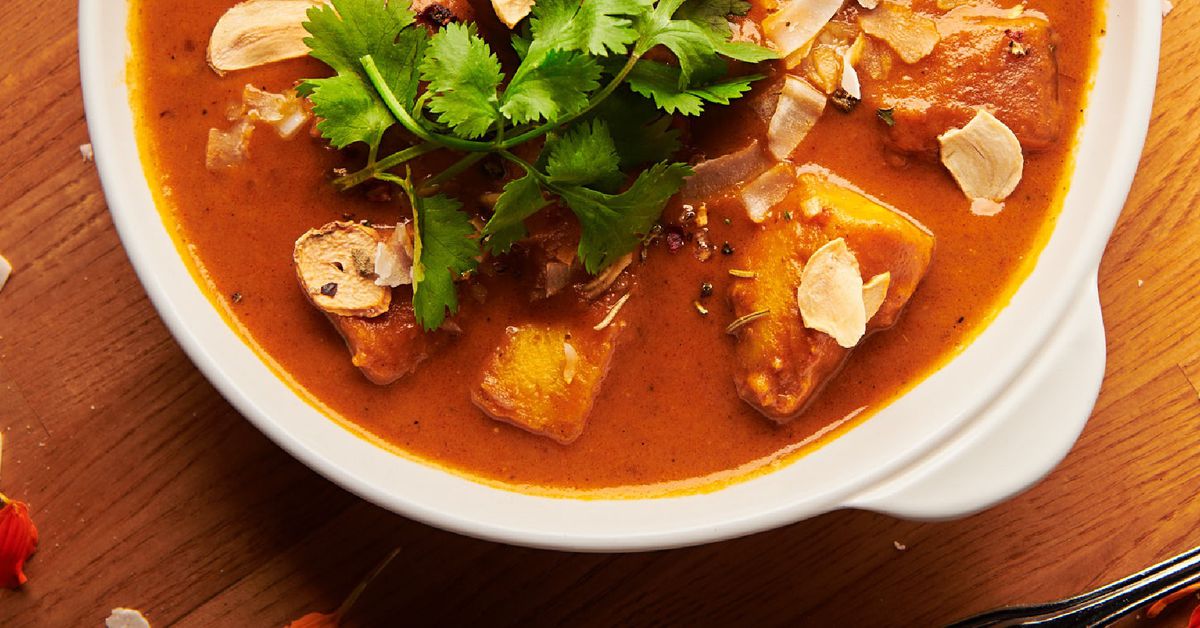 Like any good urban center, the Bay Area has no dearth of fantastic Indian restaurants. They range from casual to upscale, those with dine-in choices to those strictly geared for take-out. And while the South Bay includes many easily accessible hidden and not-so-hidden gems, many of the region’s best Indian restaurants showcase the complex and varied offerings of flavor-filled and decadent regional Indian cuisine. So whether you crave familiar Indian restaurant fare or dishes that push the en... 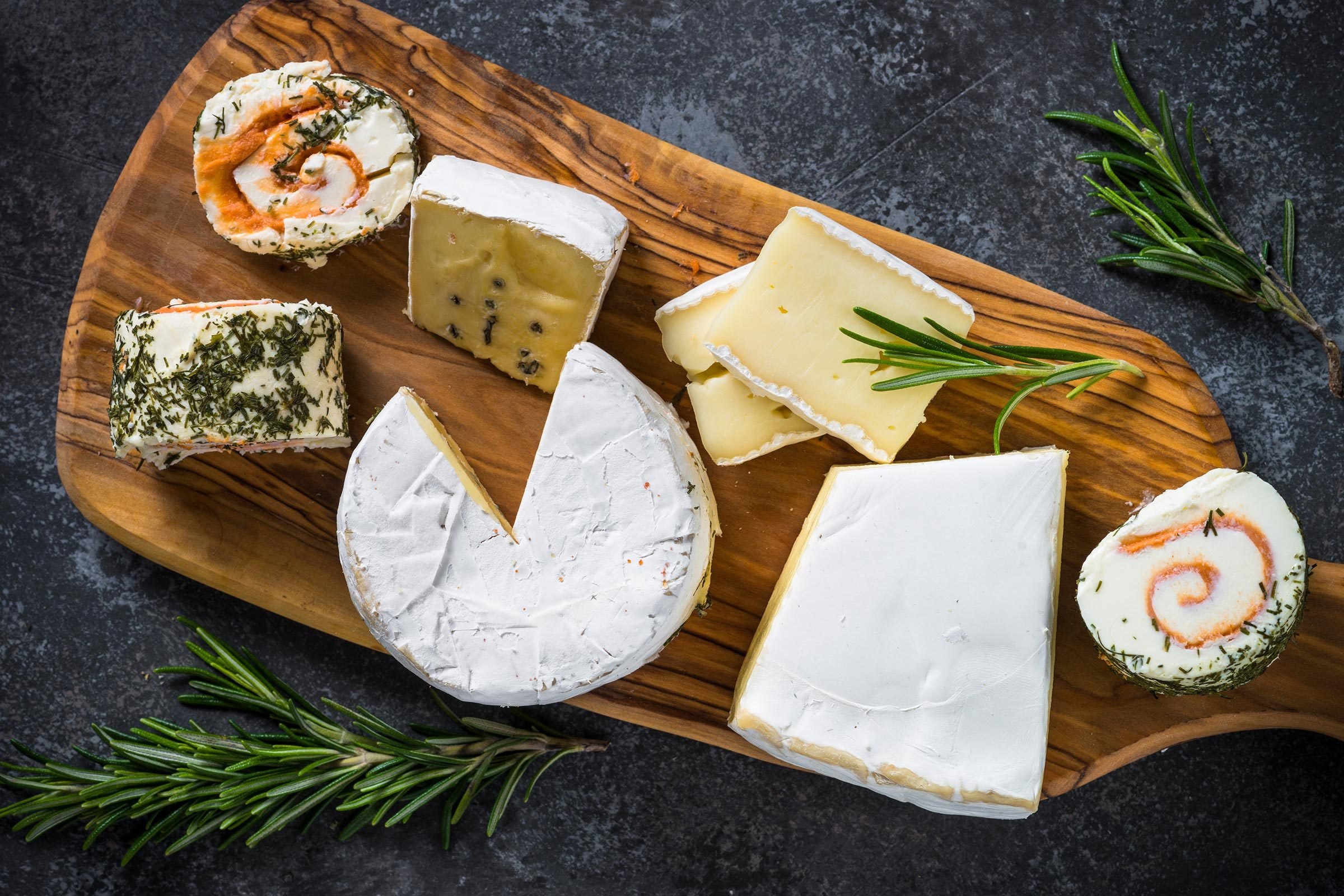 What Is Umami? 14 Foods with Natural Umami Flavor

Enjoy the taste of umami with the following foods that bring the flavor to any dish or cuisine with the help of glutamate and free glutamate.
Every editorial product is independently selected, though we may be compensated or receive an affiliate commission if you buy something through our links. Ratings and prices are accurate and items are in stock as of time of publication.
wrangler/Shutterstock
What is umami?
Umami is one of the five key taste profiles which also includes sweet, bitter, so... 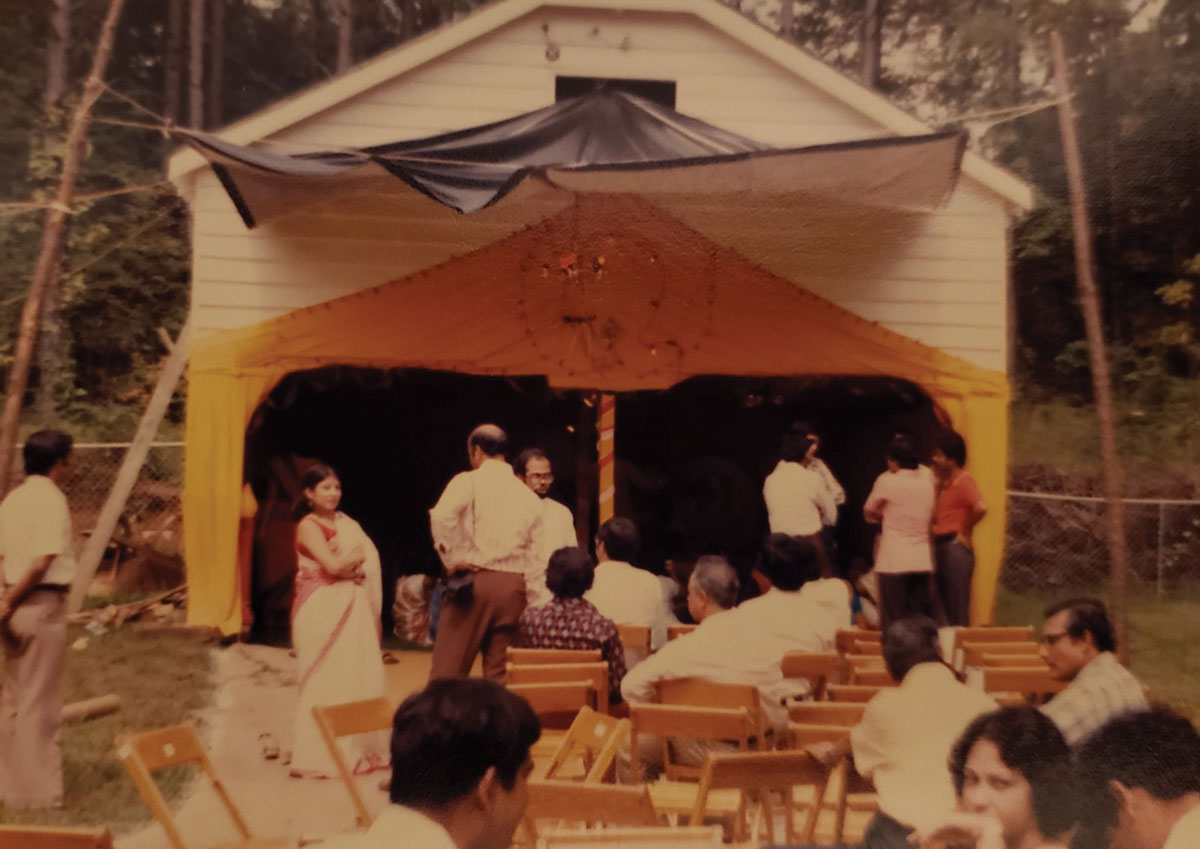 How an Indian civil engineer changed Atlanta’s culinary landscape with his restaurant, Calcutta

Sumitra and Ashok Bhattacharyya arrived in Atlanta in the late 1960s, part of a wave of South Asian immigrants settling in the area. India’s independence from Britain in 1947 led to the emergence of a new middle class, who soon began emigrating to countries like the U.S. and the U.K. in search of education and jobs. In Atlanta, some found teaching and research positions, and a lively intellectual atmosphere, on campuses like Emory University and Georgia Tech. What they didn’t find, in the mid... 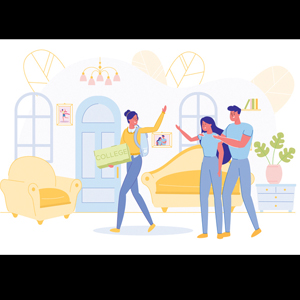 Most parents raise their children to become the best versions of themselves, says NANDITA GODBOLE in an essay that captures a rite of passage familiar to all families: Leaving home. Having experienced discrimination as an immigrant, she has encouraged her American-born daughter to explore possibilities where none existed, to dream big, and above all, to remember that nothing is impossible. 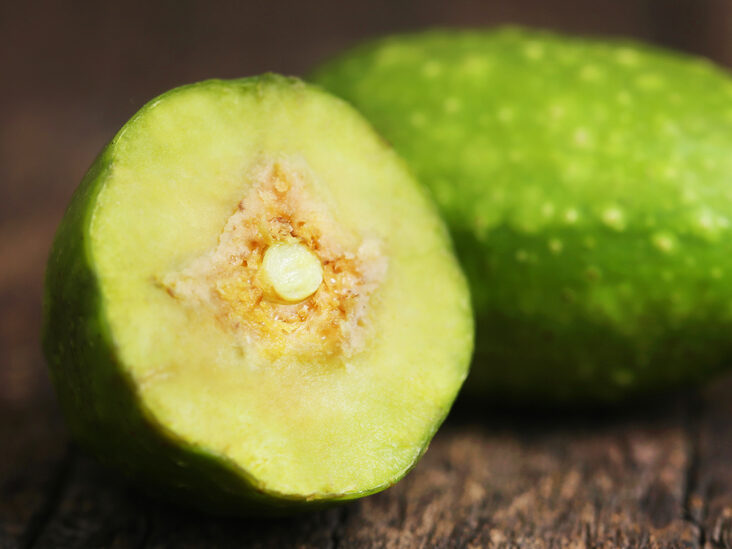 Haritaki: The Health, Beauty, and Spiritual Benefits of This Ancient Herb

Ayurveda, the traditional medicine of India, is full of natural remedies for both health woes and beauty needs. One of the many versatile Ayurvedic herbs is haritaki. Technically the fruit of the deciduous myrobalan plum tree, haritaki is considered an important herb in Ayurveda and Siddha medicine, both forms of indigenous medicine in India. Practitioners of Ayurveda include it as part of treatment for a host of ailments, including both short-term and chronic health concerns. Haritaki is one part of the trifecta of the beneficial Ayurvedic blend, triphala, along with bibhitaki and amla.

After a long shift of making pasta and pizzas at the University of Illinois dining hall, I was exhausted — and deserved a treat.
It was the 1990s, I was an international graduate student, and as I made my way back to my apartment in Champaign, I saw a small new Indian restaurant at the edge of campus and skeptically stepped inside. Familiar aromas greeted me. My latent homesickness from several months away from family in Mumbai finally registered, because it seemed to lift.
I felt like I was ... 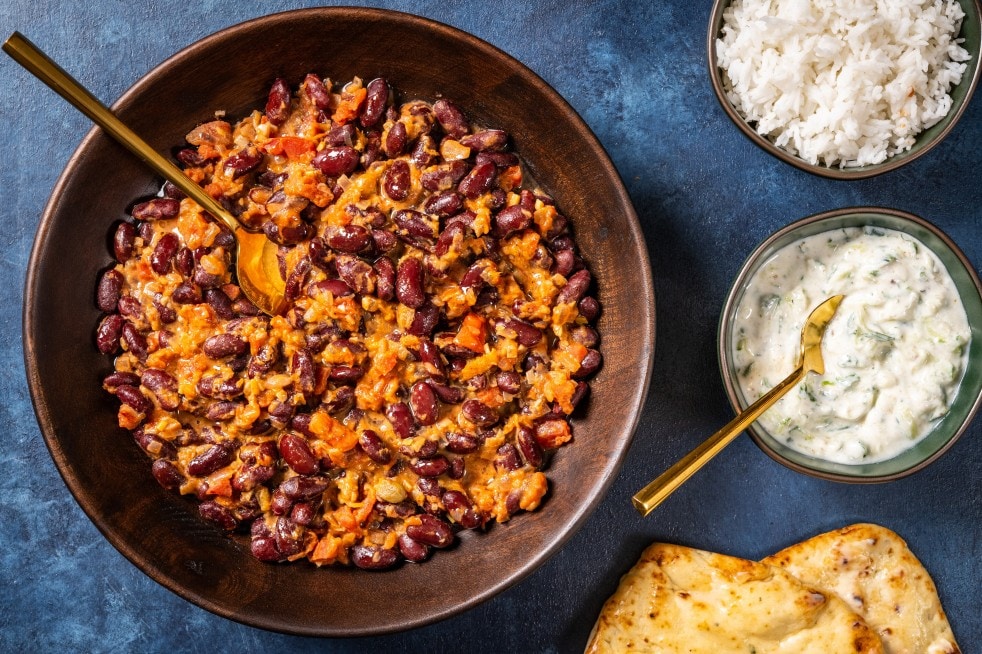 Rajma, or red bean based dishes, are a staple in many Indian homes. Of the many Indian preparations that use red kidney beans, makhani rajma is a classic. It uses spice layering techniques to build flavor, with onions, tomatoes and a spot of cream added just when each will shine best. The recipe can be adapted to meet dietary needs. If you like chili, you will like makhani rajma. 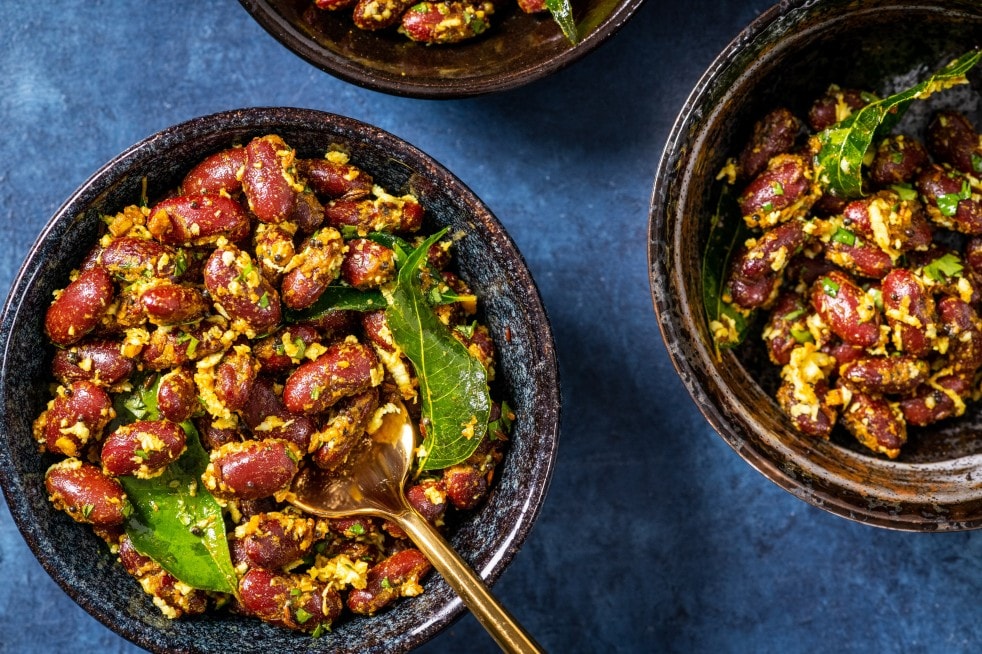 Rajma poriyal is a popular variation of a classic regional Indian dish made with beans, curry leaves and grated coconut. It is important to follow the recipe instructions as written, because layering the spices and ingredients enhances the flavor. This flavor-packed, protein-rich side dish is typically served as a complement to an array of other dishes. Lemon Rice is a staple afternoon preparation across Southern India. Busy cooks love this dish, as it can be made with both freshly-cooked rice as well as leftover rice, and uses classic South Indian kitchen staples such as lemons and curry leaves.
To prepare, cook nuts, fresh ginger, spices, and lemon juice and then toss into cooked basmati rice. Alternatively, if you use a rice cooker you can add the prepared spice mixture into the pot of rice while it cooks. Start the rice cooker with the r... Southern India is a large peninsular extension of India. Its eastern coast lines the Bay of Bengal, the extreme southern tip lines the Laccadive Sea, and the western coast lines the Arabian Sea. All are part of the larger Indian Ocean that touches Africa, Australia, and the Far East. The coastline is frequently called the Malabar Coast.

This piece explores how to build a well-stocked South Indian pantry. With 3 billion people, and a food culture that is as diverse as it is old, India is a gastronomic giant with many sub-regional cuisines.
This is the first of a two-part section of pantry staples for India; this list encompasses the cuisines from North, West, and Central India. This includes the snow-capped Himalayas in the north, across the desert state of Rajasthan to the west, and further southwards to the shores of the Arabian Sea with a subtropical climate.
The overlap of religion, region... Samosas are a great addition to snack platters or festive spreads. The perfect samosa is crunchy on the outside and flavorfully spiced on the inside. They are prepared a myriad of different ways throughout India, and filled with different vegetables, meat, and even seafood. This recipe is for what is perhaps the best-known kind of samosa, aloo mutter. It includes a spicy traditional filling with peas and potatoes and leaves room for variations.
Using store-bought wonton wrappers guarantees a ... 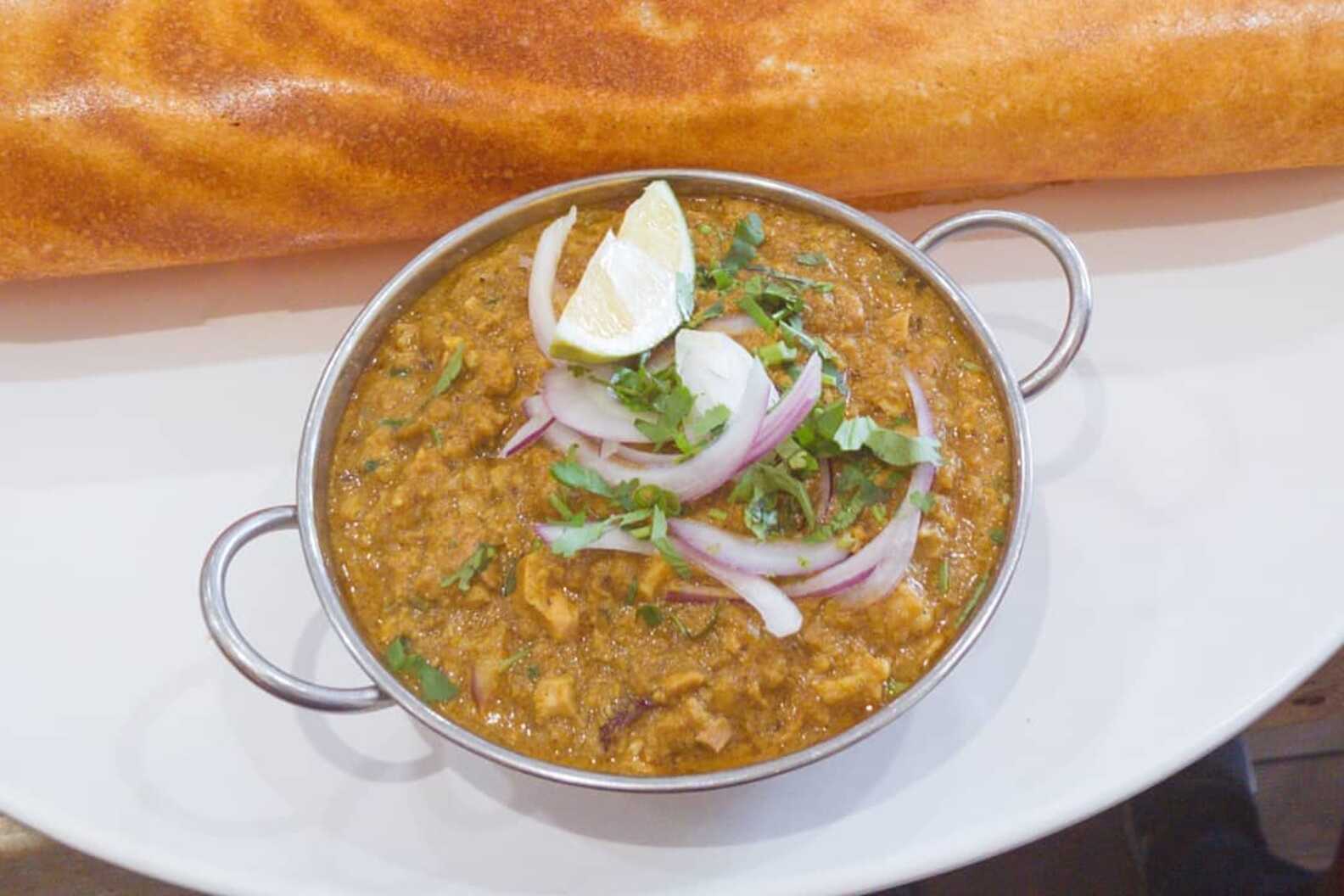 8 Essential Indian Restaurants You Need to Know in Artesia

India is the second most populous country and the 7th largest country in the world, with a population of over 1.3 billion people. It shares land borders with Pakistan, China, Nepal, Bhutan, Bangladesh, and Myanmar, and is home to a wealth of cultures, cuisines, and traditions that one can spend an entire lifetime getting to know.
But here in LA County, we don’t have to book an international flight to taste the wide-ranging cuisines of India. We can just head southeast on the 91 or 605 freeway... 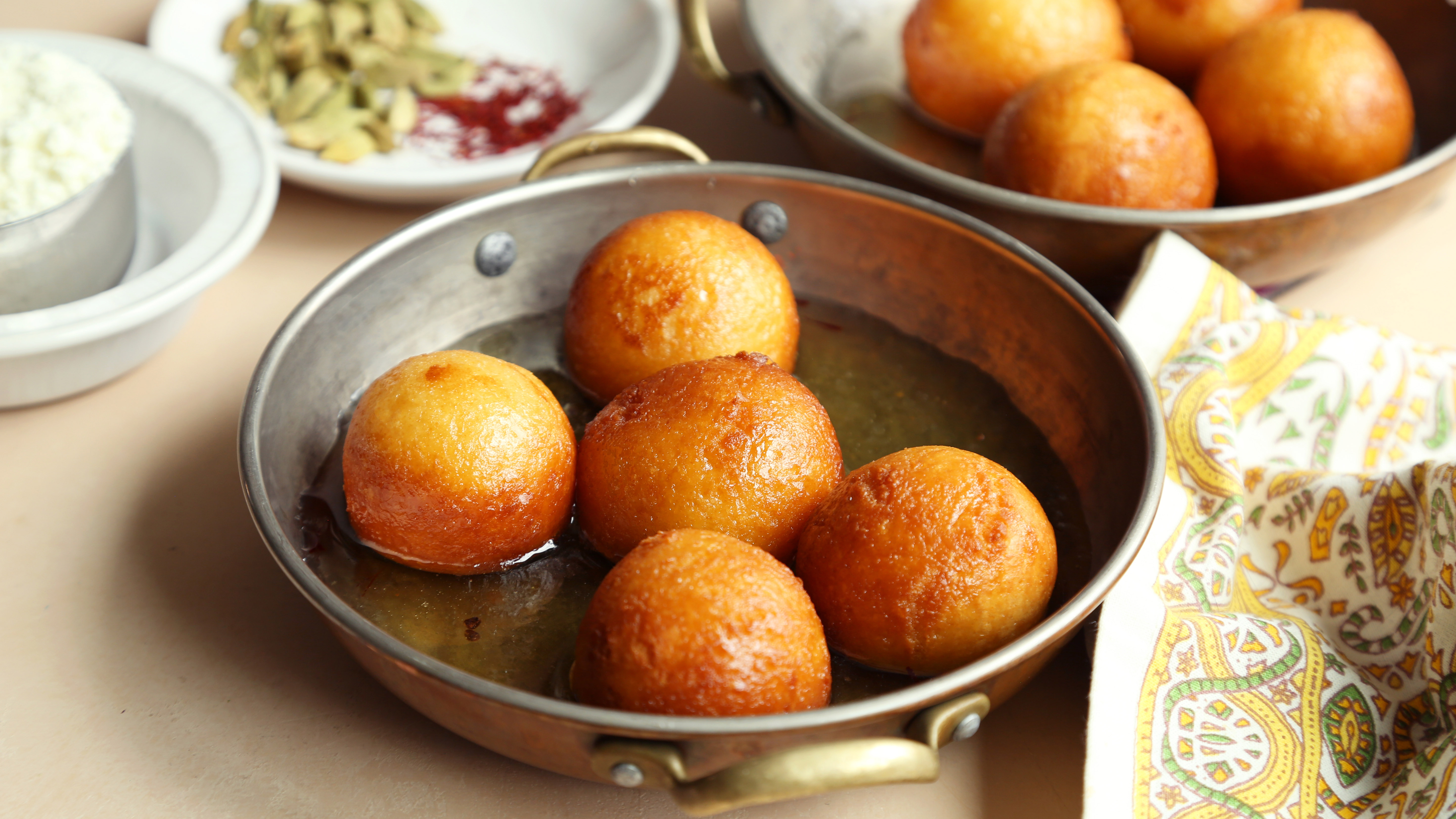 Every Fall, Hindus all over the world celebrate one of the most important holidays of the year: Diwali. The holiday celebrates the return of King Rama from a long exile as narrated in an epic poem called the Ramayana. Spread over five holy days, each day marks important events from the Ramayana. The devout engage in prayer rituals and decorate their doorways and driveways with flower garlands and colorful rangoli designs. At dusk, the faithful light clay lamps that have become iconic symbols ...